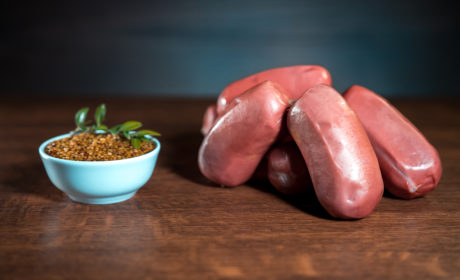 Boiled sausage is considered to be the most popular in the world. The secret of indiscriminate demand for it is in the low calorie content, which is why in many countries it is considered a dietary product.
In modern history, the first boiled sausage the Germans began to make at the beginning of the XIX century. Releasing dozens of varieties of smoked, braised and grilled sausage manufacturers have decided to come up with a special variety that would be notable for unusual taste. The result of experiments with ingredients and ways of processing of sausage meat was boiled sausage, which could not be stored for a long time, but differ by original taste properties in comparison with traditional German sausages.
Today we cook solyanka, okroshka, snacks of the boiled sausage, add it to salads, pizza, omelets, sandwiches. It is well combined with any vegetables (potatoes, cucumber, tomato, pepper, and onion), herbs (dill, parsley).
Sausages, small sausages are consumed by millions of people all around the world. Regardless of whether they are chicken or pork. There is no country in the world where people don`t like them. It is well known how the usual sausages can enliven dishes, and how people like to snack them.